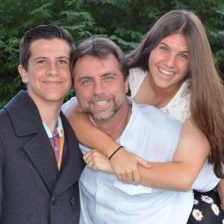 Michael is one of Asheville Vapor’s Owners/Founders. Michael works primarily at our South Asheville location. He was a smoker for many years before quitting cold turkey and now vapes zero nicotine flavors purely for pleasure. Before Asheville Vapor, Mike spent years in the world of micro-finance working with people one on one. He resides in Hendersonville with his two kids, Eli and Mikayla, who keep him very busy with sports and planning for college. When Mike isn’t working he enjoys hiking, photography and art. 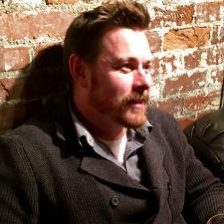 Jeremy is one of Asheville Vapor’s Owners/Founders. Jeremy works primarily in our South Asheville location. Jeremy smoked a pack a day for 20 years before being introduced to vaping by a close friend and quickly quit smoking and became enamored by the vaping culture and business. Before Asheville Vapor, Jeremy had many careers – Mixed Martial Arts Fight Promoter, Advertising Executive, and Luxury Car Salesman – all related to sales or customer relations. Jeremy resides in Asheville and when he isn’t working he enjoys the outdoors, martial arts and is an unabashed Asheville beer lover. 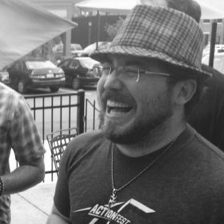 Pep was born and raised in the Dallas/Ft. Worth area of TX. He started smoking at 16 while at boarding school. Upon realizing the negative repercussions of a smoking habit he tried to quit unsuccessfully. He arrived in the Asheville area to pursue a career in the field of wilderness therapy. Working in the woods made it difficult to put cigarettes down for good. The downtime kept him smoking and he wanted to change that. His friend and co-worker, Dane Sammis introduced him to vaping and he never looked back . He’s been vaping and smoke-free for 3 years now. Pep loves telling people about how vaping helped him and helping others quit cigarettes as he did. He pursues his passion every day at Asheville Vapor. When not at work, Pep enjoys gaming with friends. He also enjoys hiking, camping, visiting local breweries and traveling. 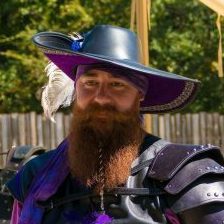 Dane W. Sammis has been vaping for 3 years. Before working at Asheville Vapor, he spent years as a Master Instructor in the field of wilderness therapy. That is where he discovered his passion for helping people. He left the field after his school unfortunately closed. Around this same time, he began thinking about quitting his smoking habit. He found the solution he was looking for at Asheville Vapor and was soon hired on to the Asheville Vapor Team. Dane has a passion that is contagious. He particularly loves to work with smokers making the switch from smoke to vapor. In a sense, Dane is still a guide on the trail. Only now, it’s through the world of vaping rather than the mountains of NC. When Dane isn’t working he loves to read. He is an avid fan of graphic novels and speculative fiction. He also enjoys attending local renaissance festivals in full “cosplay.” Dane is also a dedicated musician and is the lead vocalist of the metal band, “The Quick.” 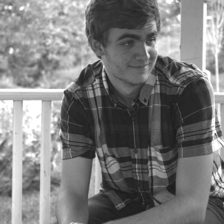 Adam Marszalek is originally from San Francisco, California but has lived in Asheville since he was 3 years old. He quit smoking – barely having even started, and not being a big fan of tobacco – and began vaping nearly two years ago. He started working for Asheville Vapor in May of 2019. His hobbies include, but are not limited to: writing, playing, and listening to all kinds of music (in fact several of his works have been performed and recorded), attending live concerts, watching baseball, and writing fictional stories. 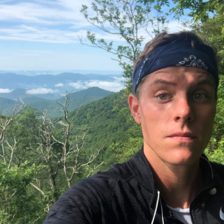 Chris Stevenson was born and raised in upstate NY and moved to Asheville in 2015. Upon arriving in Asheville, he was introduced to vaping, successfully quit a pack and a half a day cigarette habit, and quickly found his way to the other side of the counter at Asheville Vapor. He has worked on & off with Asheville Vapor for many years since. When he’s not at the store he enjoys trail running in the Blue Ridge Mountains, Brazilian Jiu-Jitsu, reading, and hiking. 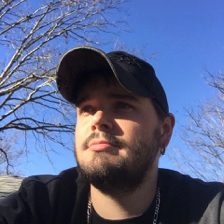 Originally from WV, Joel moved to Asheville when he was 13 years old. He started smoking when he was 18 and was at a pack to two packs a day by the time he was 23. He started vaping in the early days of cartomizers and mechanical mods, and completely quit smoking at 23. On his days off he enjoys hiking and driving the parkway, going to the range, hanging out with friends and family, and playing video games. 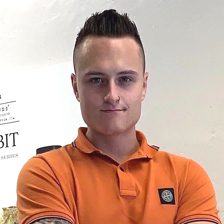 Antoni grew up in Columbus, Ohio and has lived in Asheville since October of 2016. He has vaped for 4 years after quitting a pack and a half per day smoking habit. Antoni has been a part of the Asheville Vapor Team since June 2018. In his free time, he enjoys driving his car, exploring different coffee shops, art, fashion, pursuing sneakers (major sneakerhead), and helping other people in recovery. 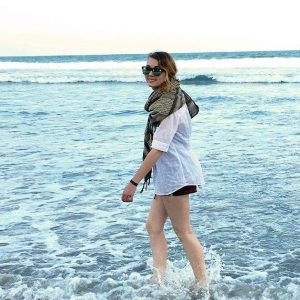 India was born in Boulder, CO and moved around the US for most of her childhood. She finally landed in North Carolina in 2009 and has lived in Hendersonville since. She smoked – mainly cigars – socially and picked up vaping in 2016 after discovering she was allergic to cigarettes. She’s and artist and in her free time she plays Dungeons & Dragons, writes fantasy fiction and LARPs.

Our online store is closed at this time. For questions regarding the purchase of Asheville Vapor products please visit any of our 5 convenient locations. Or call 828-393-8273. We apologize for any inconvenience. Thank you Dismiss